A student of mine who was flying to Seattle from the East Coast inquired if he could bring his inflatable PFD with him with the Co2 cartridge. Not knowing the answer, I posted the question on Facebook and immediately received 30 comments.

The TSA lists on their site the following info:

Many who posted about their experiences said they had their cartridges taken by TSA officials.  One had the entire waist inflatable PFD taken as well.  Some had a few positive experiences.

Since like anything with these things, you can bring yours but it may or may not be taken.  Plan ahead for finding a new cartridge in your destination if yours is taken from you!  And probably best to separate it from the PFD to you don’t lose both. 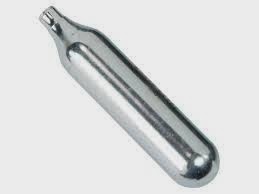 Skip the confusion and wasted money. Know which is the perfect pick just for you with this simple guide:

SUP has changed my life, so I love to share my knowledge and skills and transform lives. Students have lost weight, increased their self-esteem, and have paddled in places and conditions they’d never imagined they’d be capable of.

See Our Classes and Trips